Employee VS Independent Contractor: What You need to know

As the employer, you're responsible for knowing whether someone is an independent contractor or an employee. And, if you're wrong, you'll be responsible for paying the IRS back taxes and penalties.

In this episode of The Private Medical Practice Academy I'll walk you through the criteria for determining whether your new hire qualifies as an independent contractor or is an employee.

00:00:32 how that status is different from being an employee, and how it impacts you, the employer. What I'm about to tell you applies regardless of whether you're hiring physicians, mid-levels, or any other staff member for your medical practice, many physicians are under the impression that hiring someone as an independent contractor is going to be less expensive than hiring them as an employee,

00:00:57 and since we're all interested in keeping our expenses as low as possible, this may seem to like a no brainer. You may also find that your potential employee wants to be an independent contractor because they perceive that there are advantages to them, but not so fast. The IRS has rules that define whether someone is truly an independent contractor or whether they're really an employee.

00:01:20 Contrary to what you may think, it's not simply that you choose the status that you or the potential employee wants. You have to actually meet the criteria for the new hire to be treated as an independent contractor. Otherwise, you're going to end up owing money to the irs. Just to be crystal clear, the consequences for having the wrong status is born by the employer,

00:02:17 These rules focus primarily on the level of control an employer has over a service or a product. In other words, do you the employer define what's being done and how it's accomplished? An independent contractor controls their own hours of employment. If your clinic is open from 8:00 AM to 5:00 PM and you dictate the hours that the person works, they're an employee. On the other hand,

00:02:43 if they can show up whenever they want, make their own schedule, leave whenever they want, then okay, maybe that person is an independent contractor. At this point, you should be thinking to yourself that front office staff and medical assistants that are expected to be at work during the hours that your practice is open are most likely employees and not independent contractors.

00:03:07 The nature of the work you expect this new hire to perform also helps to find the employment status. When work is considered integral to the business, it's more likely that that person is an employee. On the other hand, work that's temporary and non integral may indeed qualify the person. As an independent contractor, the person you hire for your front desk is most likely to be an employee,

00:03:33 as is your medical assistant. Now, you may be wondering about mid-levels and non odor physicians. Basically, if you tell them when to be in clinic and schedule patients for them, you are defining how, where and when they work. In other words, their employees and non-independent contractors. Another factor that helps define employment status is the method of compensation. For example,

00:04:53 If a person gains a large portion of their salary from that business, chances are they're an employee. The test also factors in such things as level of skill, the nature of the work, the intent of the parties, and the payment of social security taxes and benefits. If you hire someone to work in your clinic and that's their primary job, then basically they're an employee.

00:05:20 Then comes something called the rights to control Test. Courts also use the right to control test when evaluating whether somebody truly is an employee or an independent contractor. When an employer controls the work that's carried out and the way a product is delivered, the relationship between the parties is employer employee. In the case of a medical practice, if you have a policies and procedures manual that defines how you expect your staff to perform the work,

00:05:51 then you're essentially exercising your right to control. Now, as much as you might like to have your staff classified as independent contractors, it's pretty unusual and truthfully unrealistic to think that you're going to allow your front office staff and clinic staff to do whatever they want and that you won't have the right to control it. So using the right to control test their employees.

00:06:42 We didn't dictate when her days started or ended. We didn't actually dictate how many days a week or what days a week that she would work. We gave her a general marketing plan, but didn't control any aspect of how she did the actual work. All of our other staff were employees. Everyone who came to work during clinic hours performed the tests we trained them to do and that they were assigned.

00:07:05 They were all employees. Now, as an employer, your tax liability is determined by your worker's employment status. When a worker is an employee, you're required to pay state and federal unemployment tax, social security tax, and workman's compensation and disability premiums to the state's insurance fund. When a worker's an independent contractor, the hiring party is not required to make any of these payments.

00:07:35 This is the obvious reason why everyone is always trying to classify their new hires as independent contractors. But again, I wanna reiterate to you, if you incorrectly define a worker as an independent contractor, you'll find yourself liable for past taxes, including FICA and federal unemployment tax, and of course, the associated penalties. As a final note, the law is clear.

00:07:59 Certain factors define a worker as an independent contractor, not relying on the business as the sole source of income, working at the employee's own pace as defined by an agreement, and the fact that they retain control and independence and you as the employer do not. On the other hand, an employee relies on the business for steady income, gives up elements of control and independence,

00:08:26 and works within the constraint of the workplace. Most of the staff that you will hire for your medical practice are going to likely be classified as employees, marketers, and maybe potentially billing staff can meet the criteria for independent contractors. I would strongly encourage you to review the IRS guidelines and have a conversation with your CPA about any potential new hires status Prior to hiring them.

00:08:57 Please be sure to sign up for my newsletter below, I'll be sending you tips on how to start a practice, grow a practice, and then add multiple services so that you can maximize your revenue. 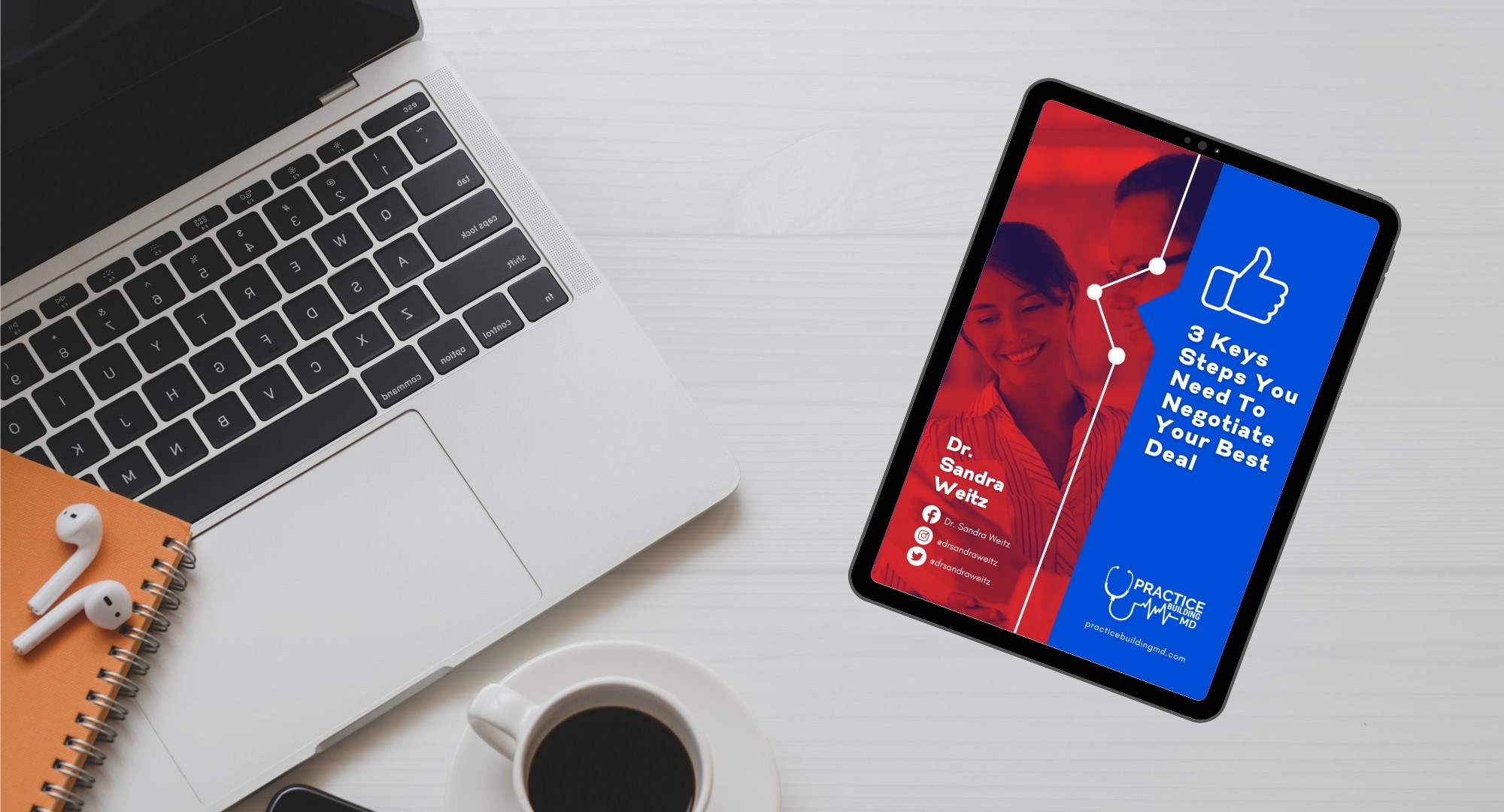 HOW TO START YOUR OWN MEDICAL PRACTICE JJJJJJJ

Are you overwhelmed at the thought of starting your own private practice? This cheat sheet will give you a roadmap with step-by-step instructions to get your practice up and running.

I WANT IT NOW! 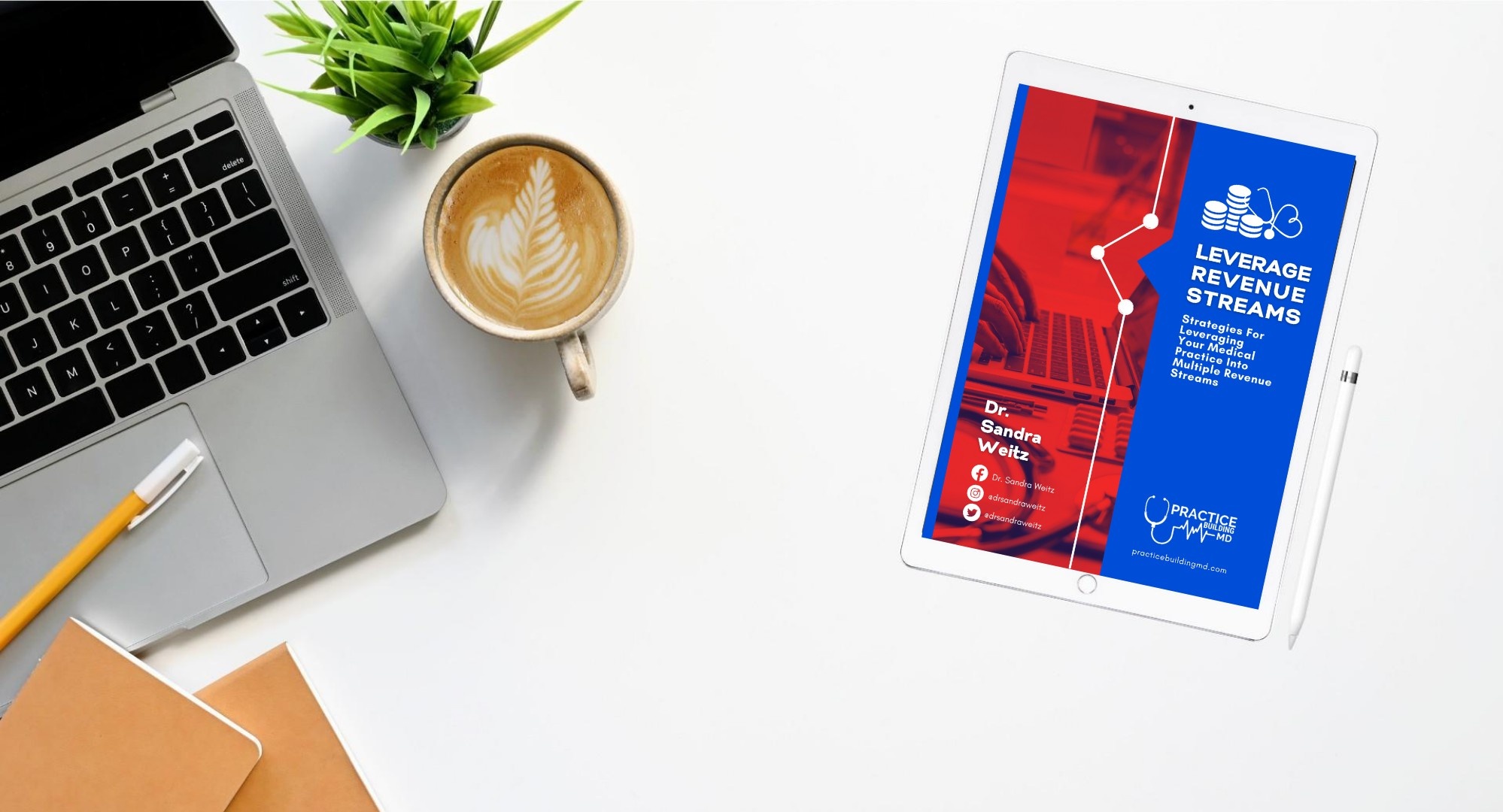 USE YOUR PRACTICE TO WORK LESS AND GENERATE MORE MONEY

Do you want to make more money without working harder but don't know how? My guide of proven strategies to leverage your medical practice will show you how.

YES! GIVE IT TO ME 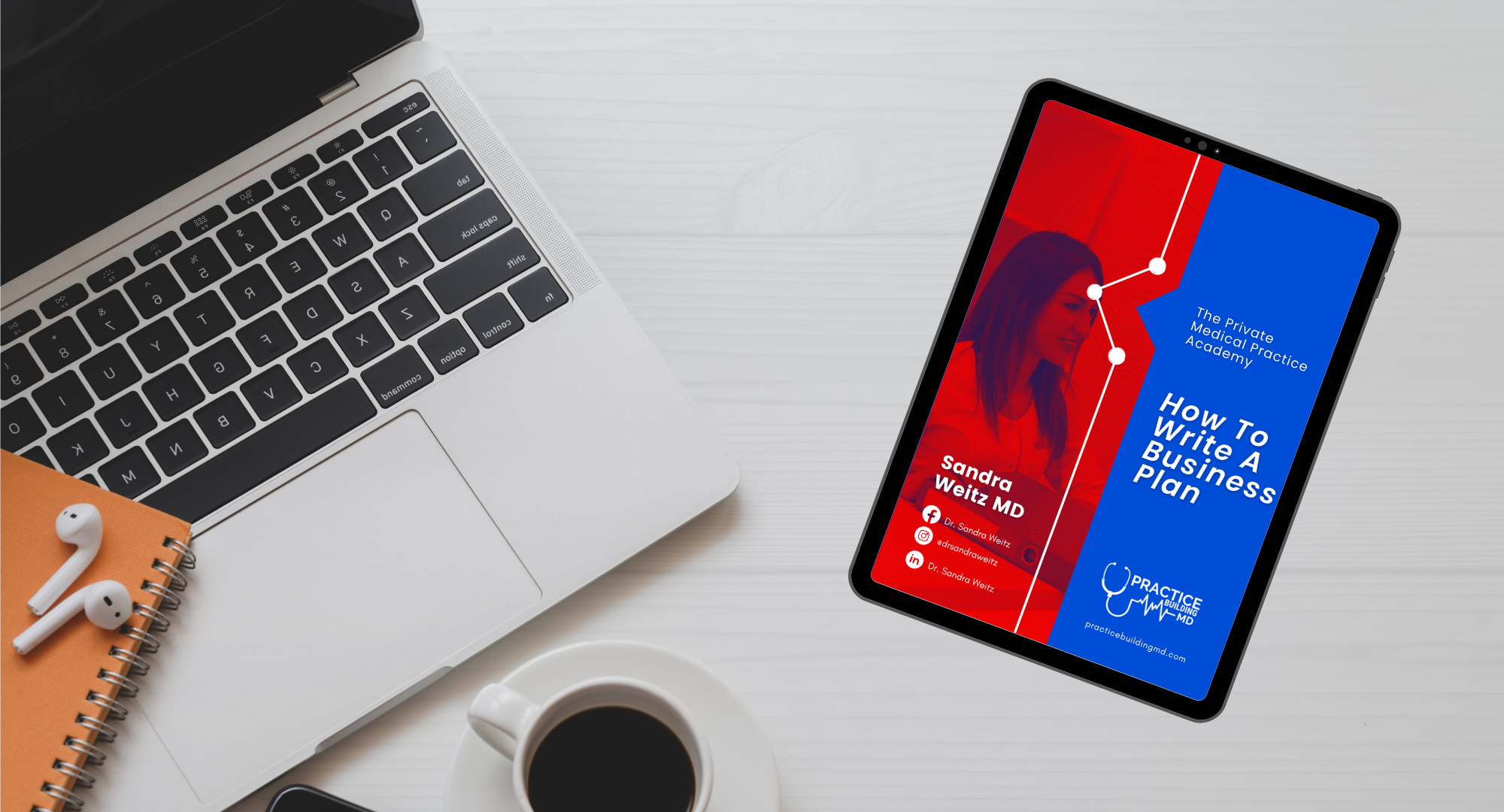 HOW TO WRITE A BUSINESS PLAN

Do you want to learn how to write a business plan?
You will learn why having a business plan is so important and then get the 7 components that actually go into the plan.

GIVE IT TO ME NOW! 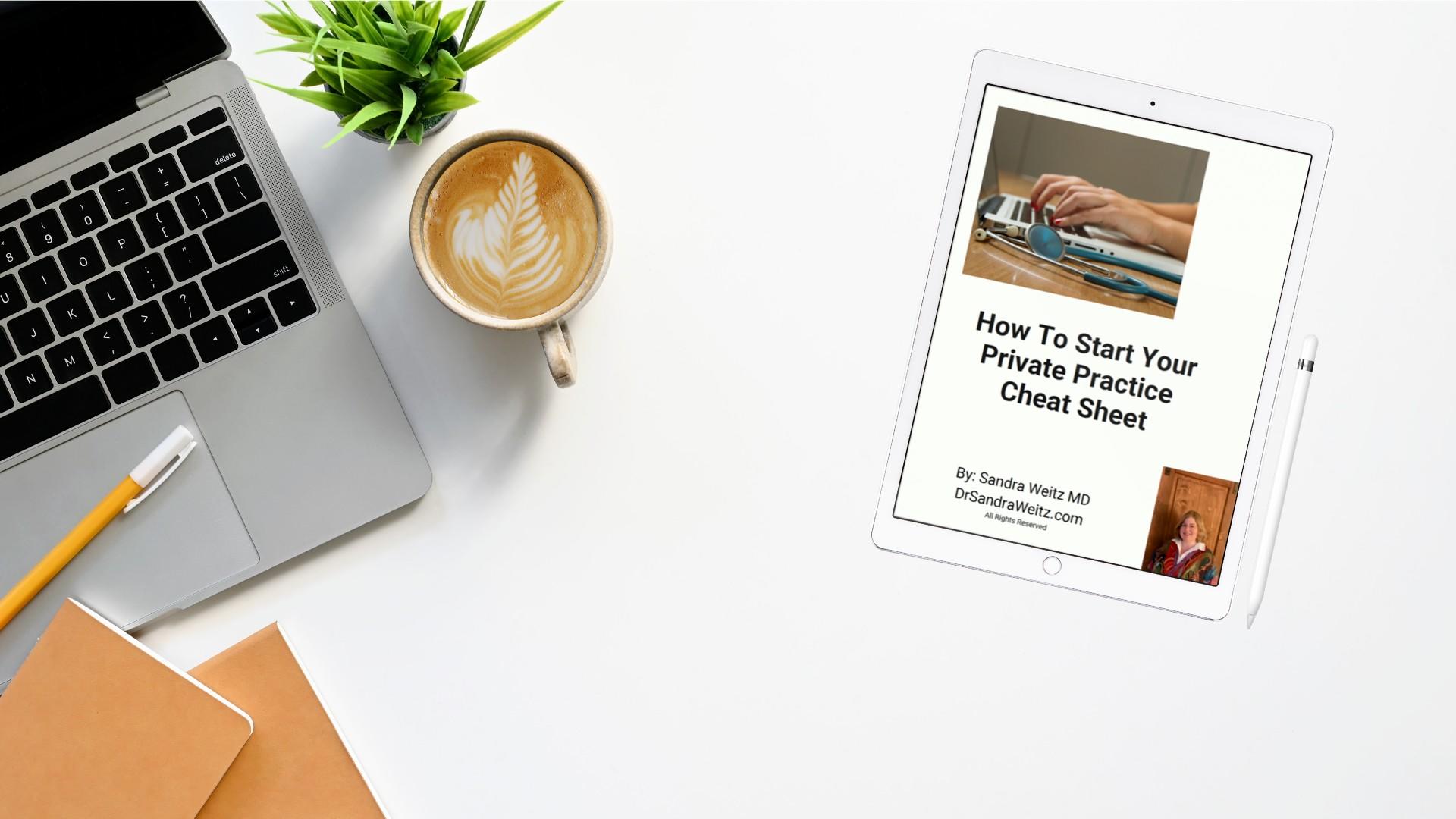 How To Start Your Own Private Medical Practice Cheat Sheet 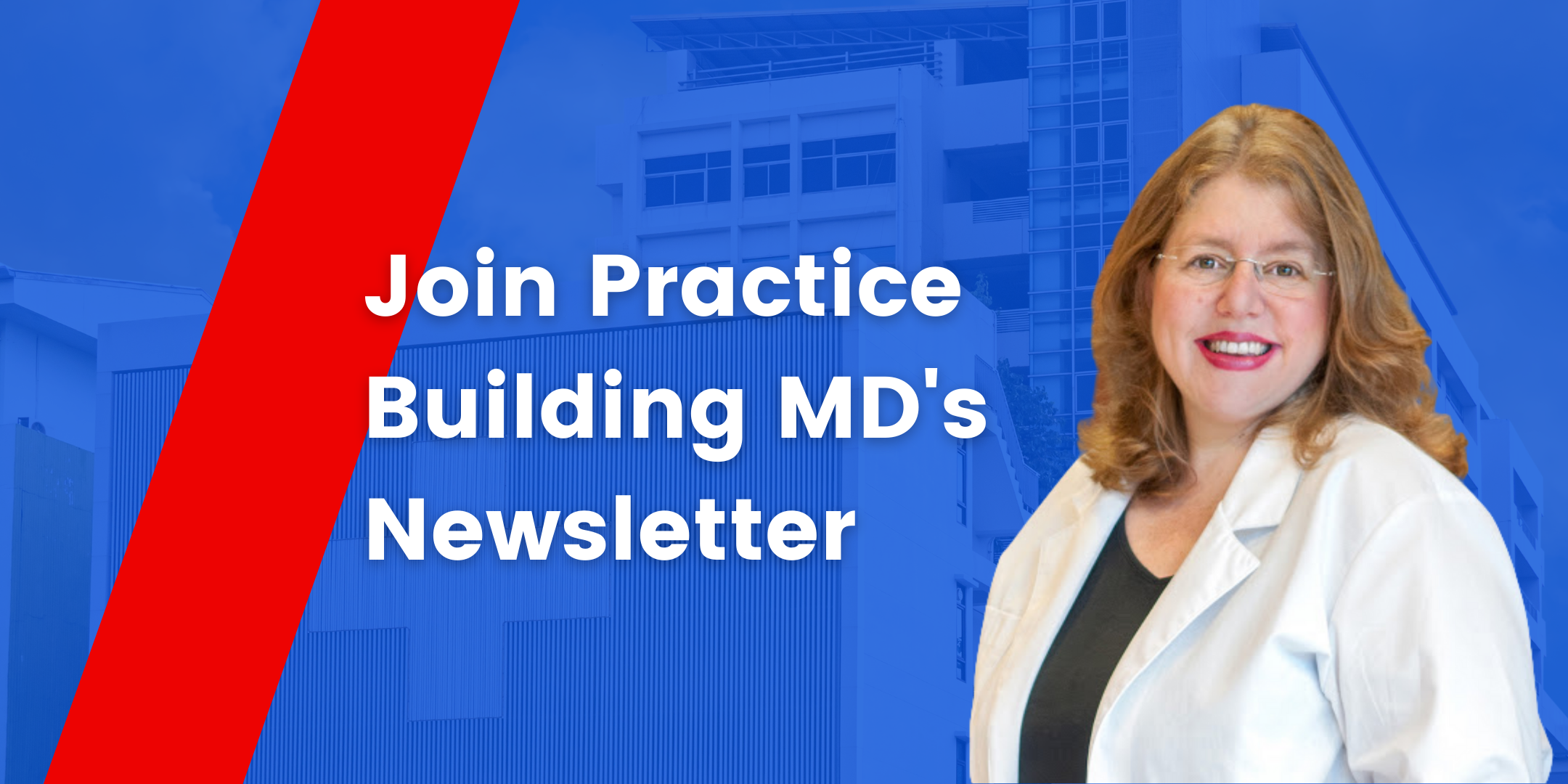 Subscribe now to get the latest updates from the Practice Building MD.